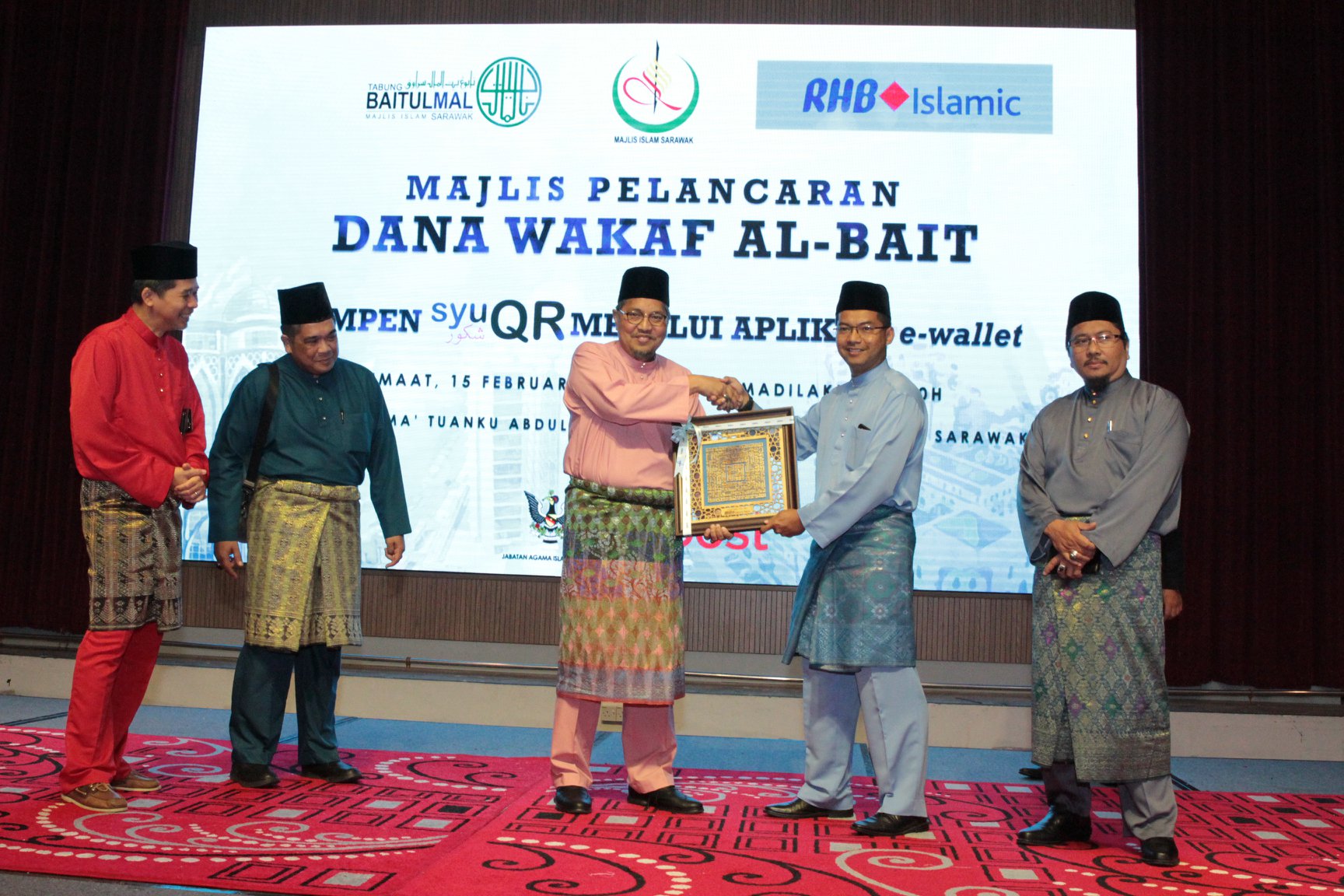 The syuQR campaign via Boost e-wallet is a digital platform established by Axiata Digital Services Sdn Bhd. The campaign aims to promote digital donations through the QR code, and expects more than 1,400 mosques in Sarawak to participate. The Dana Wakaf Al-Bait also has a QR code for digital donations.

The Dana Wakaf Al-Bait project is a collaboration between RHB Islamic Bank and Tabung Baitulmal Sarawak under the MyWakaf initiative. Aimed at empowering the ummah in Sarawak through education, Dana Wakaf Al-Bait will be channeled to a tahfiz school and a charity home that cares for Muslim reverts and orphans from the rural areas of Sarawak. The assistance provided includes the purchase of a van and upgrading works for both institutions which were built on waqf lands dedicated to the Tabung Baitulmal Sarawak.

Interested individuals and institutions may contribute to Dana Wakaf Al-Bait project through the MyWakaf website or Boost application. Cash donations are also accepted at the Tabung Baitulmal Sarawak counters.